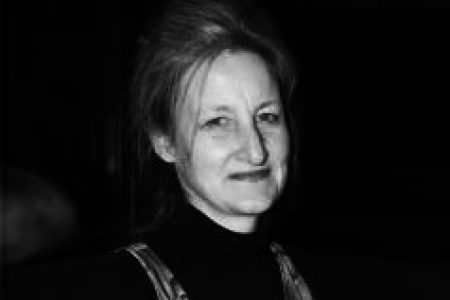 The FORART Lecture 2009 was given by Molly Nesbit, Professor of Art History at Vassar College.

What makes art change? In the fall of 1975 Gordon Matta-Clark put together two gallery shows in Italy. The second one, at the Salvatore Ala gallery in Milan, led him into an aborted collaboration with a group of young Communists who were occupying an abandoned factory building in hopes of forcing the developers to put a community health center there. The police were brought into clear the building. “My exposure to this confrontation” Matta-Clark wrote upon his return to New York, “was my first awakening to doing my work not in artistic isolation but through an active exchange with people’s concern for their own neighborhood. My goal is to extend the Milan experience to the U.S.” In his interviews he began to bend the idea of the future for art into new perspectives.

“I have chosen not isolation from the social conditions,” he continued, “but to deal directly with the social conditions whether by physical implication, as in most of my building works, or through more direct community involvement, which is how I want to see the work develop in the future.” He saw this work linked with the social process to be a form of theatre and free interpretation of movement. He saw his work linked to the existing conditions: “I do not want to create a totally new supportive field of vision, of cognition. I want to reuse the old one, the existing framework of thought and sight.”

Most importantly, he saw his work linked to people. “One of the changes that takes place in the work,” he told Liza Bear, “is making the kind of freedom that I have by doing what I do more available to other people. It’s also making a statement about something which is an alternative to enclosure, confinement.”

These statements were part of an ongoing conversation that had begun in the United States, a conversation with its own community emphases, different opportunities and dreams. In many ways the history to be told here involves dreams and futures travelling both ways across the Atlantic Ocean. The lecture will involve a case study that in many ways predicts the trade negociations of our present. It might predict our future.

Molly Nesbit is Professor of Art History at Vassar College and a contributing editor of Artforum. Her books include Atget’s Seven Albums (Yale University Press, 1992) and Their Common Sense (Black Dog Press, 2000). Midnight: The Tempest Essays, a collection of her essays on contemporary art, will be published in the fall of 2009 by Periscope Press. Since 2002, together with Hans Ulrich Obrist and Rirkrit Tiravanija, Nesbit has been organizing Utopia Station, a book, exhibition, seminar, website and street project.